Travel stories to inspire you 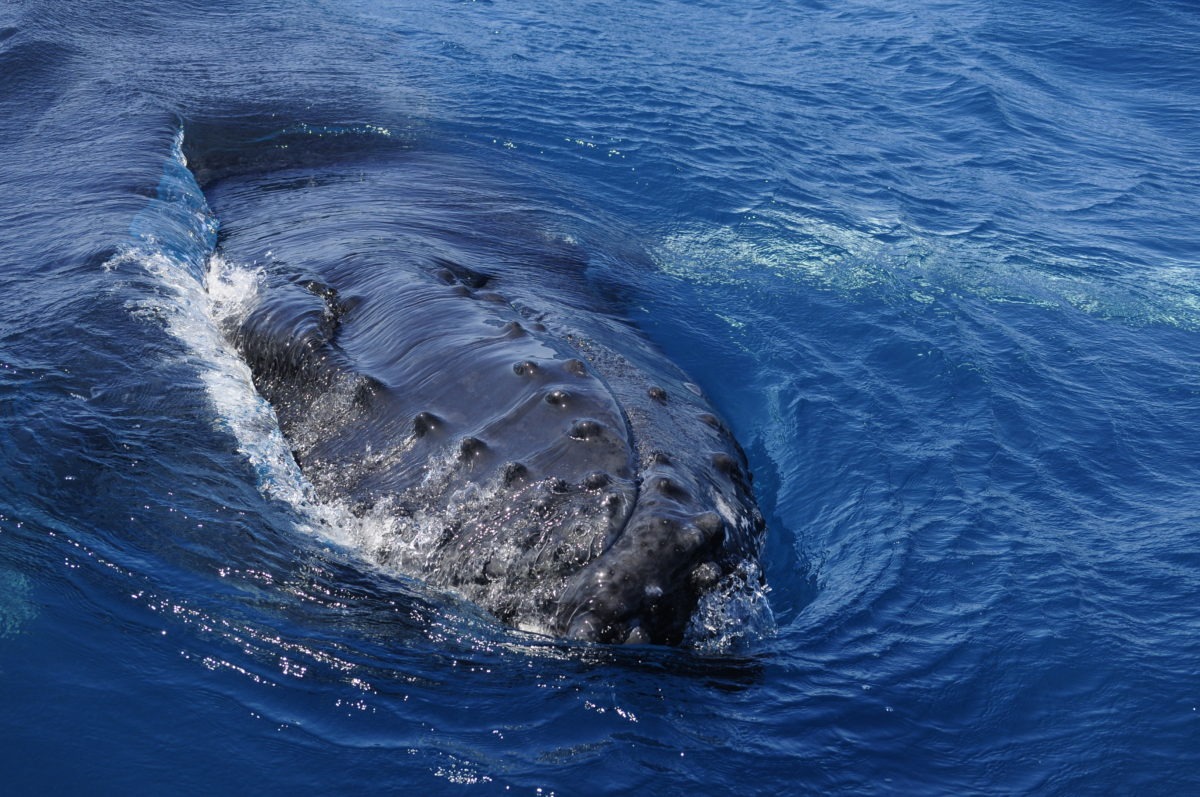 Water sprays hit our faces while the boat rocks in the ocean waters. The wind makes not only the hairs on my hand stand straight – it is the first time since we have been travelling Australia’s East Cast that I feel shivers. We cling on to the railing of the upper deck as the boat rocks in the waves.

Only an hour ago I was afraid that this boat trip would be much like a cruise for the elderly. When we were picked up from our campsite we were greeted by a van full of pensioners. But this trip is not for the faint-hearted, the oldies just rock (literally and figuratively speaking). They are not outside on the deck with us though, but have chosen the coziness of the homely cabin below deck. That only strenghtens our feeling of freedom outside on the deck alone. The ocean, patterned with white foam heads, reaches as far as our eyes can see. A vast blue mass that holds an entire world of its own beneath its surface.

One of the mammals that calls this place home is the humpback whale. Every year humpback whales migrate around 25,000 km from polar waters to warmer (sub)tropical waters to give birth and raise their calves. These beautiful animals were almost hunted to extinction, but luckily their population is growing steadily. Every year, about 3,000 humpback whales pass through the Great Barrier Reef during their journey. And that means that today, I might find myself lucky enough to study the features of these majestic animals from up close, sailing out from the coast of Hervey Bay.

From our position on the upper deck that looks a bit like a tribune, our eyes scan the horizon for sprays of water. At the same time our captain is in contact with other vessels to determine our sea-lane. Just like during our sailing trip to the Whitsunday Islands about a week earlier, my husband is the first to spot spouts coming from the water surface. The captain follows his lead and we are excited that this time we are allowed to come closer to the endangered animals than the 200 metres distance we had to keep with the sailing boat.

The dark spots below the surface grow bigger as we cautiously near the whales. The other travellers join us in the wet wind to witness this special moment. As we all marvel at the whales’ imposing silhouettes and dorsal fins that stick out of the water, we are suddenly startled by an alarm. For a moment the magic is broken. “What is wrong?’ we collectively think as we are well aware of the fact that we are out on open sea. We all turn our head to the upper deck, where the captain is leaning against his wheelhouse. He is thoroughly enjoying his own joke. He has turned on the underwater microphones without warning and the sound we are hearing is whale song. It is an other-worldly sound that is not per se easy on the ears, but it is a privilege to witness the communication between mother and calf. They are less excited than we are though, and continue their way to warmer waters.

Now that we have seen these two grand creatures I am even more eager to see more of the whales. I hope this was just a sneak preview of what will come later today.

Lucky us, only half an hour later our captain receives a call from another vessel that is enjoying a private show of whales that seem not to get enough of their boat. As we head in their direction, we navigate against the waves. The water now sprays up so high that we also have to give in and seek shelter in the wheelhouse with the captain.

While we sit down on the bed and hang on to the wall, I fantasize about how romantic it would be to spend a night out on the ocean, the sea rocking calmly (obviously not the way it is doing now), watching the stars from the roof window above the bed.

That romantic sentiment is not in everyone’s mind though – noises of seasickness are coming from the communal cabin below deck.

But it turns out to be well worth the bumpy ride. As we come closer to the whale ‘hot spot’ the vessel that had tipped us off sails of to give us ‘our moment’. That moment is one that I will never forget. As everyone feverishly takes out their photo cameras, I am reminded of what our friends had repeatedly urged us to remember. “Do not forget to take your zoom lens when you go for a whale spotting tour!” Valuable advice as they had forgotten to take theirs and thus returned home without an up-close picture of a whale, but completely superfluous at this very moment.

One of the whales is so close to the boat that we can almost reach it, and its posture barely fits full frame. Its  heavy body seems to move slowly. The water makes way for its stature as it raises to the surface. I am knocked over with astonishment when it breaks from the surface right in front of me. Its grey head is immense and covered with knobs. The underside of its head is lined with ventrical grooves that run all the way down its body. Risen far enough above the water, he slaps his pectoral fin against the surface. I consider this a greeting.

The next 45 minutes are just magic. The whales seem to perfectly enjoy themselves by diving from one side to the other side of the boat, showing off their fluked tail as they go. It is incredible to watch their hulky body, the weight of which pushes the water aside as they move. The power with which their breath is released from their lungs and travels high up from their blow-hole surprises me, but I should not have expected otherwise from these majestic animals. Everything about them is impressive and huge. Also their eyes. At a certain moment we start to wonder who is actually watching who. When everyone on board has made sure that their memory card holds the perfect shot to make everyone back home jealous, the whales are still entertained by the boat.

Even when the captain turns on the engine they are not eager to let us go. While the captain cautiously navigates away, the whales continue to follow us. We slowly increase speed and when we have established some distance, they give us their final goodbye. They gracefully breach from the ocean and splash back on the water with tremendous force.

It makes the wind and water sprays that hit our faces as we pick up speed seem like a wheezy drizzle. I hold on to the railing as I make a final picture of their distant feature. The boat rocks in the waves, but it is the whales that are rocking the waves.

Say yes to a close-up humpback whale encounter yourself!

When is the best time to see whales in Australia?

The best time to spot whales in Hervey Bay, Australia is between July and November.

Which whale watching tour should I book in Australia?

Rule 1: book a day tour an not a half day tour to allow yourself the highest chances to spot whales.

Rule 2: Book in advance! There are plenty of tour operators ready to take you out to open sea, but they fill up quickly even though prices are high) and it is very unlikely that you will be able to fix a last minute deal.

Characters of Route 66 - Memorable encounters on our USA road trip

Heaven is myth, Nepal is real - Our 5-day Poon Hill Trek in the Himalayas 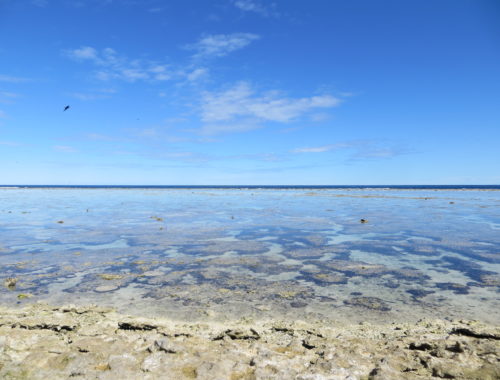 Saying “hi” to a turtle in the Great Barrier Reef

Hiking in the Australian Outback: red dirt and wild flowers